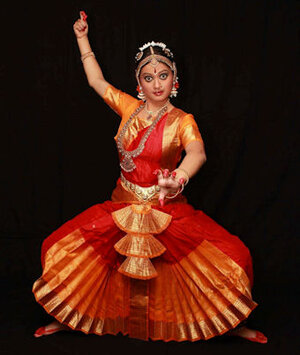 This on-line concert is a presentation of the Pittsburgh Chapter of Chhandayan.

Ayan Rivu Sinha, 21, is a disciple of Padma Shri Honored Pandita Tripti Mukherjee-ji and Pandit Rattan Mohan Sharma-ji at the Pandit Jasraj Institute of Music (PJIM) in the USA. Ayan was initiated into Hindustani Classical Music by his mother, Smt. Nidrita Mitra-Sinha at the age of 5, and has been learning Hindustani Classical vocal from PJIM since the age of 9. He has been fortunate to receive special guidance from his Bade Guruji, Sangeet Martand Padma Vibhushan Pandit Jasraj-ji on several occasions and he continues to receive blessings from him. Ayan was born and brought up in Pittsburgh, Pennsylvania, USA. He has completed his high school education in Pittsburgh. Currently, he is at Case Western Reserve University in Cleveland, Ohio, completing his senior year with a BS in Nutritional Biochemistry and a minor in Chemistry.

In 2016 Ayan won first prize in his category in a classical vocal competition organized by PJIM and was awarded the prize by Sangeet Martand Padma Vibhushan Pt. Jasrajji. In 2015, Ayan received the Mewati Pradeept Award from PJIM for his commencement in his musical journey. Ayan has completed Praveshita and Prabudhha exam levels from PJIM, with the highest honors.

Ayan has given multiple virtual performances in 2020, which were shown around the world.

Roosha Mandal has been training in Bharatanatyam for the past 16 years and Navanritya for the past 10 years at the Nandanik Dance Academy. As an instructor from 8 years ago she has blossomed into a regular instructor teaching the junior and senior levels for the last 6 years. In India, Roosha attended master classes in Kathakali and Mohiniattam as well as Bharatanatyam under Gurus Kalamandalam Venkitt and Preetha Venkitt of Calcutta. In addition, she has completed workshops under Guru Dr. Sonal Mansingh in Abhinaya (expressions), Guru Darshana Javeri in Manipuri, Pavitra Bhat in Bharatanatyam. She is currently under tutelage of Kalakshetra Amarnath Ghosh in Bharatanatyam, and Sri Sanjib Bhattacharya in Manipuri. Roosha also underwent rigorous training in jazz-lyrical, modern, ballet and hip-hop dance at the Thomas Studio of Performing Arts and The Academy of Dance by Lori for several years and performed these dance forms in annual recitals. In 2012-13, she completed an intensive apprenticeship program at Kelly-Strayhorn Theater in contemporary dance with renowned travelling companies. Over the years, Roosha travelled with Nandanik Dance Academy and Troupe to perform in different corners of the USA. She played key roles in the Nandanik dance Troupe’s productions including the VILAYA festival in 2018-2019. She has performed in the Bicentennial of Pittsburgh, Three-Rivers Regatta, Chinese Dragon Boat Festival, Western PA School for the Blind, Phipps Conservatory, Bayer International, Pittsburgh International Folk Festival, India Day, Bengali Association of Pittsburgh, and at numerous schools and colleges in the Greater Pittsburgh area through the World Affairs Council. She also taught Indian dance to children in a summer camp at the Thelma Lovett YMCA in Pittsburgh. Roosha graduated in the Sciences and Humanities Scholar program and a recipient of the Jack G. Buncher Memorial Presidential Scholarship from the the Carnegie Mellon University, and has an avid interest in poetry writing. Roosha received the Pauline B. Adamson Award for Excellence in Writing awarded by CMU University Press. She currently works with National Heath Core and is associated with various social service organizations in the Greater Pittsburgh region.